With or without Meredith, the primetime drama’s vital stats are excellent.

If we’re being honest, we’ve entered Season 19 of Grey’s Anatomy with fairly low expectations. Unfortunately, the last two years have been so lackluster that when ABC started talking about the possibility of the primetime sudser ending, we kind of shrugged our shoulders and thought, “Well, that worked out great. .”

But a funny thing happened between last season’s finale and this season’s premiere: the show remembered all the things we once loved and brought them to the fore. A whole new group of interns (including Derek’s secret nephew) gave us flashbacks to the glory days of George, Izzy, Cristina, Alex and, of course, Meredith. Owen and Teddy’s disappointment with a storyline became comic fodder as the Bickersons made life hell for everyone around them.

In short, the show went and got its groove back.

Yes, we’ve been warned that Ellen Pompeo’s reduced work schedule will mean a lot less Meredith this season but… who cares? While the show may have originally used Sea as our entrance into this world, it has long since become an ensemble piece. Heck, even were the woman who put the gray in Grey’s Anatomy to leave entirely, the title would still make sense given that what was once Seattle Grace (and, for a blessed brief period, Seattle Grace Mercy West) is now known as Gray Sloan Memorial.

After: Will Jo and Link finally find love this season?

With the show in better shape than it has been in years, we are already looking to the future and wondering what it might have in store for us. Luckily, we got some major clues that have us excited for the days, weeks, and even years to come. Three weeks into Season 19, and we’re already anticipating Season 20!

Take, for example, the multitude of returns on the horizon. Showrunner Krista Vernoff recently said our sister site TVLine what we can expect when Kate Walsh’s Addison appears in the episode airing October 19. would finally learn a bit more about the status of Addison’s personal life.

Not far behind Addison will come Jesse Williams’ Jackson. Considering the character was last seen smooching his former wife April in Gray Sloan’s elevator, we’re definitely overdue for an update on “Japril.” And while Sarah Drew won’t appear with her on-screen partner in the Nov. 3 episode, TVLine also reported that when Jackson talks to Meredith, we’ll definitely know where he and April stand. 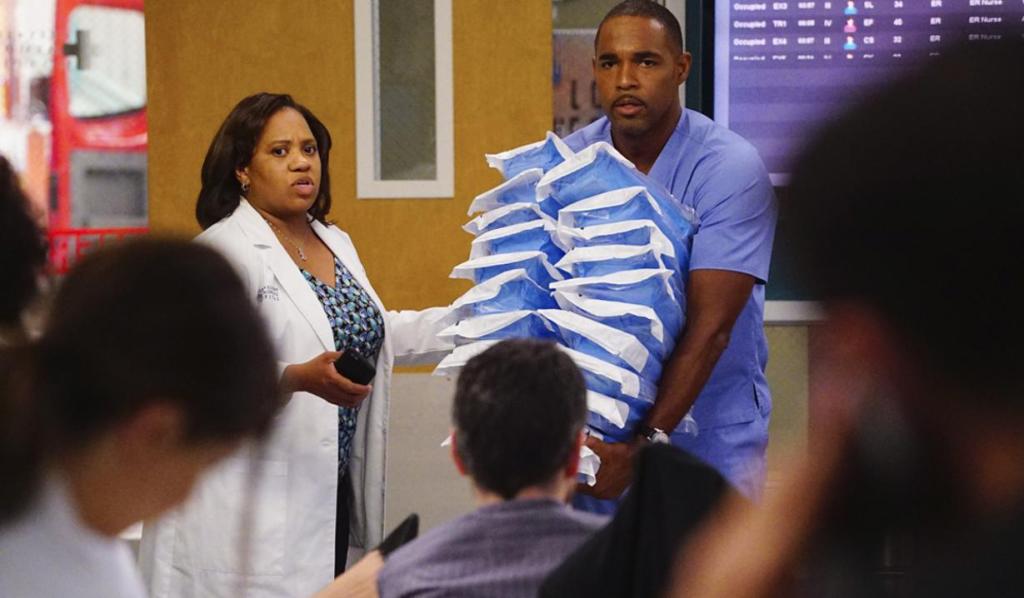 Confirmed returns aside, we can’t help but wonder/hope if more might be in the cards…or maybe more crossovers with unofficial spinoffs. Post 19. It’s not hard to imagine amorous firefighter Travis – who runs for mayor and is encouraged to find a suitable mate – falling in love with newly appointed Chief Resident Schmitt. And with Ben fearing his current dangerous career could hurt or even kill him, could he opt to return to the relatively safe surroundings of Gray Sloan? At least it would give us Ben/Bailey a lot more time (assuming she goes back to the hospital as well), and that’s always a good thing.

And let’s not forget, we have all these new interns, each with stories to tell, secrets to keep and challenges to overcome. In other words, they’re the future of this show…and they’re kind of part of what we’re excited about for what’s to come!

Check out these photos of your favorite Grey’s Anatomy stars and their real partners!