It took millions of years for modern humans to evolve from ape-like creatures to today’s creatures. Homo sapiens, that is. you and me. At various points in this long and arduous journey, certain important milestones were reached, and one of the most significant was when archaic humans began to walk on two legs rather than four, making them (we ) bipeds that walk upright. Because this adaptation was so important, evolutionary scientists have struggled for decades to discover exactly when this vital change took place.

This has not been an easy challenge, as well-preserved fossils of ancient humans and related species are so hard to find. But a new analysis has just appeared in the journal Nature argues that the shift from quadrupedal to bipedal locomotion in early humans occurred about seven million years ago, a million years earlier than previously believed.

This conclusion is based on a detailed study of thigh (femur) and forearm (ulna) fossils recovered during excavations in the African country of Chad in 2001. The fossilized bones were from an identified hominid species as Sahelanthropus tchadensis an extinct primate that lived in North Africa during the Miocene era.

This species was unknown before its discovery at the Chadian desert site known as Toros-Menalla, and if the scientists responsible for the study discussed in Nature are right, he is the first human ancestor to walk upright on the African continent.

Finding the missing link in bipedalism

In this new research project, scientists affiliated with the department of paleontology at the University of Poitiers in France have teamed up with colleagues from the University of N’Djamena in Chad, Africa, to carry out a new comparative analysis of fossils discovered more than two decades ago. . For the purposes of this study, they compared the Sahelanthropus tchadensis thigh and forearm bones to the same bones taken from chimpanzees, gorillas and modern humans.

They already knew the locomotion patterns and physiological characteristics of these other creatures, so they were able to draw conclusions about how Sahelanthropus tchadensis would have moved based on their similarities and differences.

Scientists examined the fossils for data on 20 different traits that would help determine whether or not Sahelanthropus tchadensis could walk on two legs. They examined both the outer shape of the fossils and their internal features, the latter accessible through microtomographic imaging technology. They concluded that the structure of the Sahelanthropus tchadensis the fossils were most consistent with a species that normally walked on two feet, despite some of their ancestors retaining the tree-climbing ability.

It was the “total feature pattern” of the bones and not a single “magic trait” that led the research team to conclude that Sahelanthropus tchadensis was bipedal, said Franck Guy, a paleoanthropologist at the University of Poitiers and lead author of the study. Science.

If this determination is correct, it means that there was a species of archaic human walking upright on two legs through the forests surrounding prehistoric Lake Chad at least a million years earlier than either. Orrogin tugensis Where Ardipithecustwo human ancestors who had previously been identified as the first to transition to bipedal locomotion.

Interestingly, even though they were still climbing trees Sahelanthropus tchadensis didn’t do it quite the way some of their primate cousins ​​did.

While gorillas and chimpanzees climb trees with their fingers, Sahelanthropus tchadensis was able to climb from branch to branch using a firm handshake (the same way modern humans climb trees today).

“The curvature and cross-sectional geometric properties of the ulna…are indicative of habitual arboreal behaviors, including climbing and/or ‘cautious climbing’, rather than terrestrial quadrupedism,” the researchers explained in their report. Nature paper.

The type of evolutionary change discovered in this case is indicative of a species in transition. Sahelanthropus tchadensis hadn’t completely abandoned old habits, even though they could move around efficiently while standing. 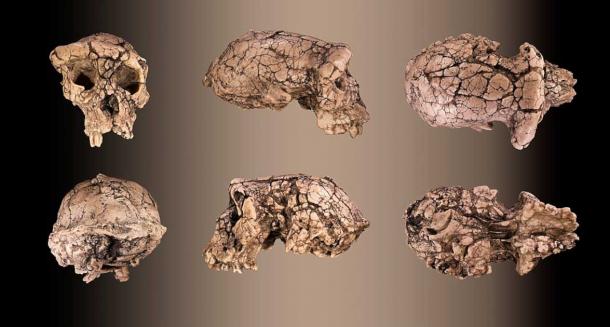 Toumai’s skull, found in Chad, Africa, seen from different angles, which had previously suggested that this species was very advanced and could probably walk upright on two legs, but without scientific evidence to prove the very claim made in the recent scientific studies . ( Didier Descouens / CC BY-SA 4.0 )

In the 2002 study who first introduced Sahelanthropus tchadensis in the world, scientists examined a skull of the species that was recovered from the same site as the thigh and forearm bones. Certain features of this skeletal artifact suggested that these ape-like human ancestors could walk on two legs, but more evidence was needed to confirm this startling hypothesis – evidence that has apparently been uncovered now.

It was already known that modern humans split from the evolutionary lineages of chimpanzees six to eight million years ago, when Sahelanthropus tchadensis literally trod the earth. The shift to bipedal locomotion can now be seen as one of the adaptations that helped cause this divergence.

These early human ancestors resided in a Miocene-era environment that featured a mixture of forests, palm groves, and grasslands. Being able to walk on two feet while easily climbing trees would have allowed them to successfully navigate each section of this complex ecosystem, giving them the ability to obtain all the food they needed to survive. 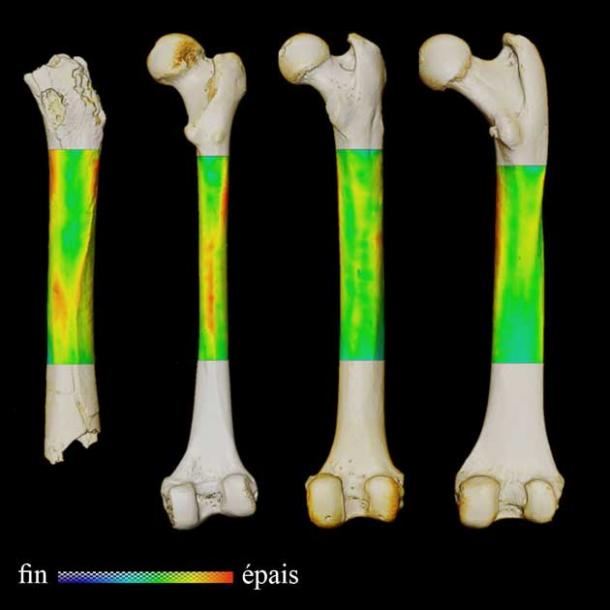 Although identified as coming from Sahelanthropus tchadensis In 2004, the thigh and femur bone remained unexplored until 2017. It was then that Franck Guy and his associate from the University of Poitiers Guillaume Daver began to take a serious interest in bones, trying to learn more about how Sahelanthropus tchadensis lived and moved. They eventually recruited more specialists to help with their analysis, allowing them to perform the long list of tests that apparently demonstrated the newly discovered human ancestor’s bipedal abilities.

It should be noted, however, that the claim made by Guy, Daver and their team members has not been universally accepted within the scientific community. In fact, there is currently some skepticism about their findings.

Several scientists contacted by Science expressed their doubts that the researchers had achieved a significant breakthrough.

“The evidence is consistent with bipedalism” but does not prove it, functional morphologist Chris Ruff of Johns Hopkins University said in the Science article. Paleoanthropologist Carol Ward from the University of Missouri, Colombia, acknowledged that “all the fossils that talk about this are really important”, but added that “these do not provide the conclusive information that we were hoping for”.

“The most parsimonious hypothesis remains that the postcranial morphology of sahelanthrope indicates bipedalism, and that any other hypothesis would have less explanatory power for the set of features exhibited by the material from Chad,” the scientists said in their Nature paper.

This could eventually become the consensus conclusion. But at least for now, it’s clear that the debate over the origin of two-legged locomotion in humans is far from settled.