There is overwhelming relief in Tonga with people grateful the death toll is low following last Saturday’s volcanic eruption and tsunami.

He is the father of RNZ Pacific journalist Finau Fonua and finally managed to speak with his son by phone after a week-long hiatus.

“It’s a lot of work and cleaning and work like that to do, other than that I think people are glad nothing really worse has happened. They’re so thankful that there isn’t not many lives lost,” said elder Fonua.

He said the country was slowly returning to a state of normalcy with businesses reopening and fixed communications restored on the main island of Tongatapu.

Photo: Consulate of the Kingdom of Tonga

Pesi Fonua said there was a general sense of relief among the public despite the great damage caused.

The western district of Tongatapu suffered catastrophic damage with villages left in ruins.

“They are going through a difficult time. Especially in Kanokupolu, but they are getting a lot of help and they are so thankful that few lives have been lost,” Fonua said.

Three deaths have been confirmed since last Saturday’s eruption.

Fonua attributed this to obstructed 2G service by families abroad desperately trying to contact loved ones.

“They’re hoping ah remember the cable is broken so it’s affecting the cable so while we’re waiting for that I think they’re also working to try and fix the connection between here Ha’apai and Vava ‘u”, Pesi Fonua mentioned.

The collection of donations to be sent to Tonga continues today at Mount Smart Stadium in Auckland.

Water bottles were the main donation as the Kingdom faces water shortages after last weekend’s tsunami. 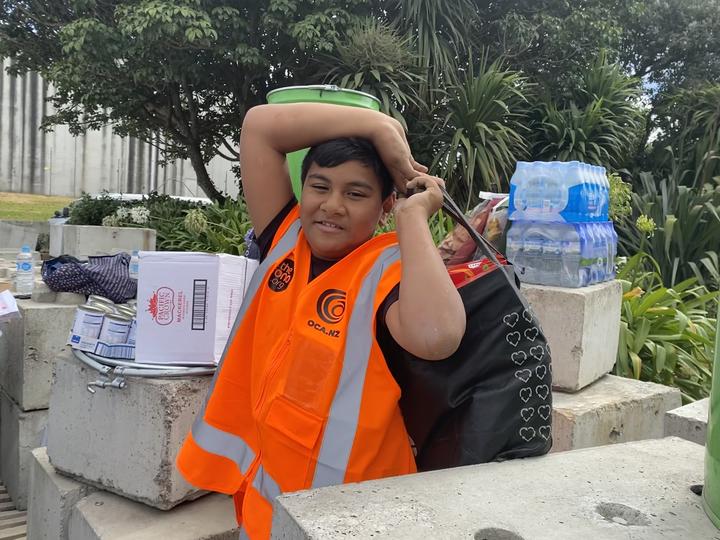 Organizer and community leader, Teleiai Edwin Puni, said this morning there was a greater turnout from Tongans.

“We are here and those who want to donate water in particular, and non-perishables – these will be the priority items to go to Tonga. At 2pm today we will present all of this to Lord Fakafanua, Spokesman of Tonga Legislature and committee,” he said.

Collection will end at 8 p.m. today.