Real-life superheroes rarely have the technology demonstrated in the movies, although they may not lack persistence and courage.

Using only those two virtues and some remarkable engineering, a South African YouTuber called JT who runs the “Built IRL” channel has managed to design and build web shooters that almost got him rocking like Spider-Man in the real life.

Here is how he did it. 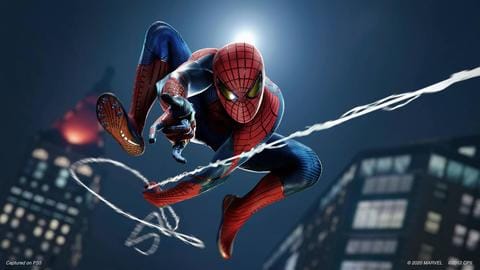 JT has already recreated a version of Batman’s grappling hook. He also tried the idea of â€‹â€‹Spider-Man’s swing during an internship but dropped the project due to time constraints.

Now, he has decided to make it his university thesis project (imagine defending this thesis!).

Fortunately, the college accepted his proposed topic “Investigating the Possibility of Spider-Man Swinging as a New Form of Locomotion.”

Propane web shooters threw a ‘hook chain’ at one end

JT created the canvas launcher using a steel tube modified to contain pressurized propane in one half while the other half contains a modular polycarbonate tube housing the canvas.

The web is not exactly a web, however. This is a series of steel hooks on a strong cord that locks onto itself when wrapped around objects. JT calls this the “hooked string”.

The steel case had a handle attached so JT could swing

When triggered with a small button, a short fuse triggers a custom-made spark plug that ignites the compressed propane. The polycarbonate cartridge with the hook chain is then thrown out of the other end of the tube.

The steel case had an attached fabric handle that allowed JT to swing once the hook chain had secured around something.

JT also made a refueling system, practiced at the trampoline park

The ingenious YouTuber also designed a propane and air refueling system for shooters on the web to save time. He quickly discovered that using these web shooters wasn’t a piece of cake.

So, he spent weeks in an indoor trampoline park practicing the swing so he would have a soft landing if things went wrong.

It also allowed him to perfect the design.

The project shows that with spirit and perseverance, anything is possible

After training, JT managed to perform two and a half swings and land on his feet, proving the point he had set out to study with his thesis.

Although the project may have its shortcomings and room for improvement, the young man’s perseverance to reiterate after failures and to build something that this novel is truly special.